SIO-2 PLUS® is natural self-hardening clay. No firing is necessary, achieving high hardness, strength and solidity after drying. Once dry, the clay can be painted with any type of paint or varnish. It can be also polished, carved or drilled.

Recommended for handicrafts and professional crafts, as well as children's use (4+).

PLUS clay has a soft, pleasant and fine texture to the touch. Its natural clay composition gives it excellent plasticity for modelling making very fine details. Can also be thrown on a potter's wheel. Odorless and does not stain. Clay residue can be easily removed from any surface with a damp cloth. The presence of natural cellulose fibers allows safe drying without cracks or fissures, even in large pieces.

How to use it

Working with clay
Very clean handling. It is advisable to knead the clay before starting your work. If in the course of the work the clay loses plasticity, it is enough to slightly moisten your hands to recover it. It can also be moulded (we recommend plaster moulds) and thrown in a potter’s wheel. Solid or very thin-walled objects can be made with optimal results.

Discover more tips and useful tools on the Blog: "How to Work with Clay"

ATTENTION: if clay is used to wrap rigid interior supports, it is recommended to first cover the surface with paper or cloth. The water in the clay evaporates during the drying process and causes shrinkage that can lead to cracks. To avoid this negative effect, the solid surface is covered with a flexible and absorbent material to support the drying process of the clay. This will also absorb moisture inside the object and prevent cracks.
Drying
Once the object is finished, let it air dry. Maximum hardness and strength are obtained in 1-4 days at room temperature. On small pieces, drying can be speeded up by using a hand dryer, projecting heat evenly across the piece. In this case, the time to obtain maximum hardness and resistance is reduced to minutes (do not use dryers in the case of medium/large sizes or flat shapes). Hardness can be further increased by finishing drying in a domestic oven between 100 and 110ºC.

ATTENTION: during drying, the clay shrinks. The more water the clay contains, the greater its drying shrinkage. Therefore it is advisable not to add additional water to the modelling clay, otherwise cracks may appear.

TIP: Let the piece dry on an absorbent surface (ideally wood or plaster). In the case of non-absorbent surfaces (such as metal, plastic or glass), it is recommended to place the piece on a sheet of paper to facilitate the contraction of the clay during drying.
Finishing and decoration
Once dry, the object can be polished, carved or drilled. It can be decorated with any type of paint, pencil or marker. As it is not very porous, a single coat of paint is enough to achieve all the vividness of the colour. The use of varnish is recommended when you want to enhance the natural colour of the clay. The use of varnish also guarantees a greater durability of the object and improves the ease of cleaning.

ATTENTION: SIO-2 PLUS® clay is not waterproof. It is not advisable to create objects that come into contact with water (vases, pots, cups, etc.) even if they are protected with a waterproofing agent. In this case, we recommend using an inner container made of plastic or glass, so that the piece of SIO-2 PLUS® is only for exterior decoration. In this context, keep in mind the last point of "Working with clay".
Storage
Once the package is opened, wrap the remaining clay in plastic. If the clay has hardened during storage, but is still moist, it can be softened again by kneading it with moist hands.

During work interruptions, cover the object with plastic or a damp cloth.

ATTENTION: keep the product in a cool environment, avoiding high temperatures. Do not store at temperatures below 0ºC. If the clay freezes, it loses its properties.

What makes SIO-2 PLUS® clay different?
Compared to conventional pottery clays, SIO-2 PLUS® clay does not need firing. Once dry, the piece can be painted or varnished. This clay allows creating objects with difficult drying, free of cracks and fissures.

In relation to other air-drying clays, SIO-2 PLUS® is composed of minerals and natural clays, with plasticity noticeable at touch, but especially it is recognizable by the lack of smell. Unlike other self-hardening clays on the market, SIO-2 PLUS® clay can be thrown on a potter’s wheel.
How long does SIO-2 PLUS® clay take to dry?
SIO-2 PLUS® is essentially made of natural clays. Therefore, its drying speed is equivalent to that of other natural clays, with which the drying time ranges between 1 to 4 days. It further depends on the object size, on its shape and on the room drying conditions (temperature and ventilation, basically). In small pieces, drying can be speed up by using a hand dryer. In this case, the time for obtaining a maximum hardness and solidity is reduced to a few minutes (Caution: do not use hand dryers in the case of medium/large sizes or flat shapes).
Do I have to use all the clay once the pack is opened?
If not all of the clay is used, it can be kept for another time, keeping the excess in a tightly closed plastic bag. When using the clay again you may notice that it has hardened slightly. If so, simply moisten your fingers before modelling.
Why is SIO-2 PLUS® White clay light grey?
Natural clays are not really white because they usually contain organic matter, which gives them a certain grey hue when wet.
Does SIO-2 PLUS® clay stain?
SIO-2 PLUS® is a very clean clay. Cleans easily with water on hands and clothing. With a damp cloth, any clay residue on surfaces and furniture can easily be removed.
Can it be used for outdoor pieces?
It is not recommended to use SIO-2 PLUS® clay for outdoor objects. SIO-2 PLUS® clay is not water resistant. Although the clay is dry and hardened, if it is exposed to environmental conditions (rain, snow, ice) it softens and deteriorates. To make outdoor pieces it is recommended to use conventional SIO-2® ARGILA clay fired in a ceramic kiln.
Can SIO-2 PLUS® clay be fired?
Firing SIO-2 PLUS® clay is not recommended. For this purpose it is recommended to use a non-hardening natural clay (SIO-2® ARGILA). Even so, as it is composed essentially of natural clays, it can be fired in a ceramic kiln at 1000ºC.

It must be taken into account that, when firing, the object significantly reduces its dimensions (firing shrinkage). In addition, during the firing of SIO-2 PLUS® clay, smoke is generated from the combustion of organic matter. The smoke gives off an unpleasant odor and appears from 130ºC. In the case of firing SIO-2 PLUS® clay, the area must be sufficiently ventilated or a good system for evacuating the kiln fumes must be provided.
Can it be a danger if a child ingests SIO-2 PLUS® clay?
Clay is not food. In case of accidental ingestion, it is a non-toxic product, in accordance with the European regulation EN-71 and the USA regulation (seal AP non toxic product). It does not contain gluten or other food allergens. Remove the packaging before giving the clay to a child.
Does SIO-2 PLUS® clay expire?
All available SIO-2 PLUS® formats remain unchanged in their original packaging conditions for a minimum period of 2 years. 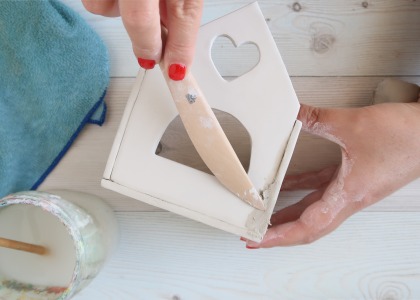 How to Work with Clay 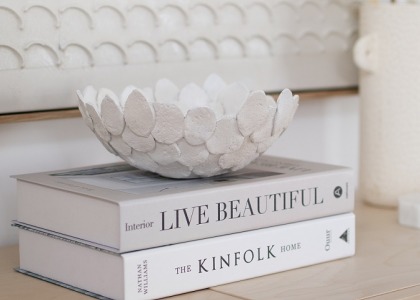 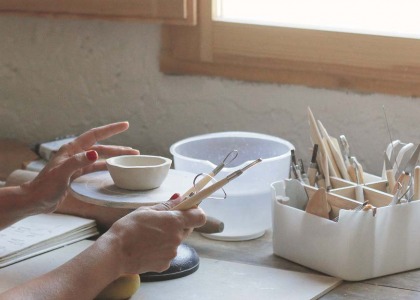 3 TIPS to Get Started in Ceramics

Save products on your wishlist to buy them later or share with your friends.